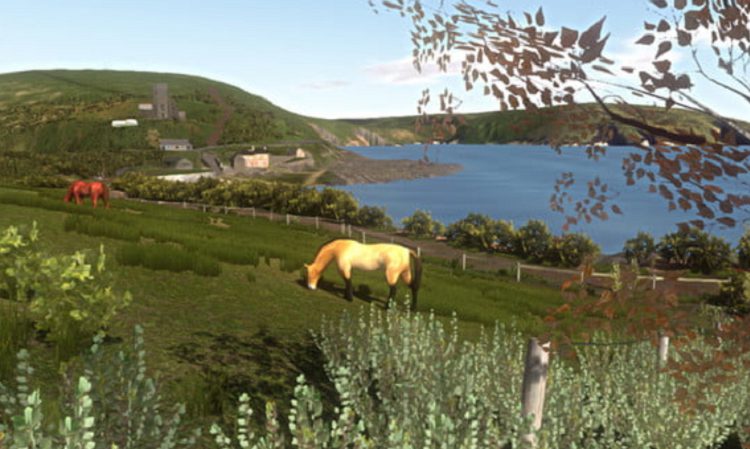 On the spectrum of fun things to do, going to the dentist is somewhere in between scrubbing the toilet and filing taxes. But growing up means doing responsible things even if you don’t want to, so the wise ones among us begrudgingly recline in an off-white chair once or twice a year and let a stranger stick their fingers into our mouth.

Visiting the dentist does not have to be so detestable, though. Researchers used virtual reality to calm patients in a new study out of the universities of Plymouth, Exeter, and Birmingham, and the patients reported promising results.

The study included three groups of participants: One that underwent a standard dental visit, one that wore VR experience that simulated a walk through a city, and one with a VR experience that simulated a stroll around Wembury Beach in Devon, England. Those who strolled the virtual beach reported less pain and anxiety from the procedure than either of the other groups.

The findings suggest that VR can help but that the environment has a big impact on a patient’s stress reduction. In previous studies, the creator of Virtual Wembury, Bob Stone, and his team compared how natural and urban settings affected patients, including sounds from both environments.

“We found that when urban sound, such as moving traffic, was included with the virtual town scene, the ratings of anxiety increased, whilst those for relaxation dropped,” Stone told Digital Trends. “In contrast, with the sound of the coastal area, such as lapping waves and gentle wind effects, a reduction of anxiety and increased ratings of relaxation was revealed.”

Stone and his team have experimented with Virtual Wembury outside of the dentist’s office. He said it’s been used to asses mental states of residents at a remote facility in the Arctic and will soon be tested at a research habitat atop a mountain in Hawaii, where groups of volunteers undergo months of isolation to study how humans will fare on long space journeys.

“These ‘restorative environments’ are now recognized as powerful tools in the treatment of a range of psychological conditions and a number of hospital-based projects are being conducted to encourage engagement with the natural environment to promote both psychological well-being and physical recovery,” Stone said.

On the spectrum of fun things to do, going to... END_OF_DOCUMENT_TOKEN_TO_BE_REPLACED

Despite a major in-depth investigation in the U.S. that found... END_OF_DOCUMENT_TOKEN_TO_BE_REPLACED

Send Us a Message